What Makes Solar Energy So Important? 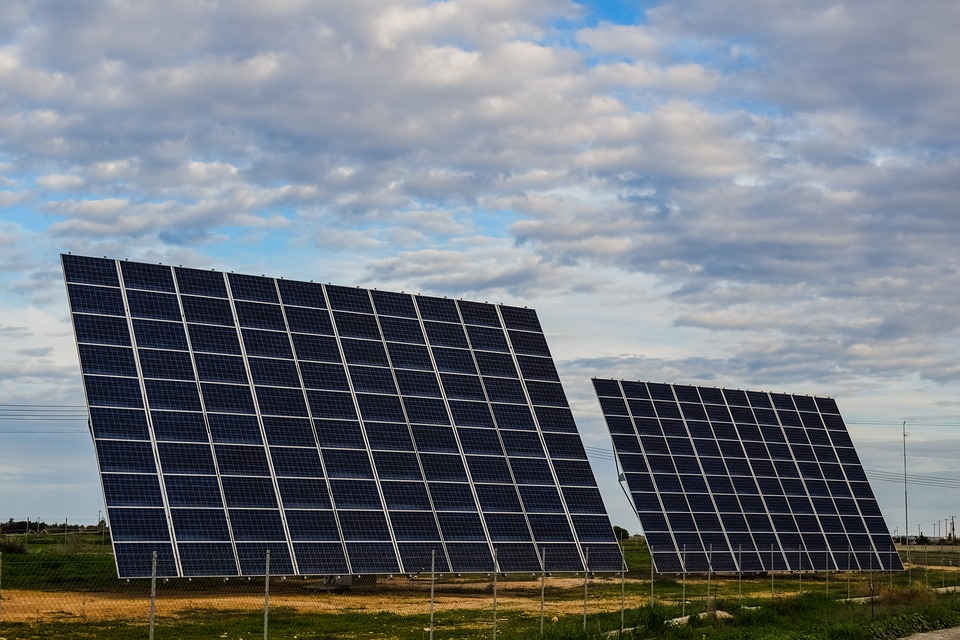 Posted at 14:35h in Solar by Solar Engineering Group

In the past few years, solar energy has gained immense popularity for a number of environmental and economic reasons. In 2018, over 1.66% of all electricity was produced through solar panels. The country utilized around 66.6 terawatts-hour of photovoltaic electricity in the past year alone.

And that’s not all! According to a poll by SEIA (Solar Energy Industries Association), 9/10 of all Americans support the initiative of introducing solar energy as a primary source of electricity. But what gives solar energy an edge over thermal, hydro and nuclear powers?

Before we get into that, let us briefly explain what solar energy really is and how it works.
Solar energy is produced through a process called “photovoltaic effect” in which light is absorbed by the solar panel, which charges electrons that move to higher energy levels. As a result, an electric potential is created, which, in turn, produces a voltage that can power conductors with an electric current.

This effect was first discovered back in 1839, and after multiple pieces of research, solar panels were created. As of today, they harvest a great amount of energy for daily use.

Solar energy is 100% environmentally friendly, which gives it a distinct advantage over thermal electricity. Solar power also creates many more watts of electricity, unlike hydroelectricity. Lastly, it is much safer and easier to produce than nuclear energy.

Why Has Solar Energy Gained Importance?

While the installation of solar panels isn’t cheap, it is a wise investment that keeps on giving. Solar radiation never changes, nor does it ask for payment. There might be a few minor adjustments needed once or twice a year, but it is, overall, a very reliable source of electricity.

Once your solar system is set up, connected to your house circuit and electricity starts flowing, you can say farewell to your electricity bills!

On a larger scale, solar energy has earned its name as a renewable, inexhaustible source of power. A key reason is that water may soon become a scarce resource and fossil fuels will eventually not be enough to provide electric supply around the globe.

Light is a strong and infinite energy source that is available around the world. Therefore, producing energy from this sustainable and inexhaustible source has become an aim of many countries, including the U.S.

The burning of fossil fuels and coal releases plenty of greenhouse gases, including carbon monoxide and carbon dioxide. These gases not only pollute resources and affect nature, but they are also dangerous to human health.

Many countries like Finland have taken the initiative to ban the use of coal for electricity for upcoming years, in a struggle to protect the planet against environmental disasters.

Solar energy is a huge solution to this problem. With the installation of solar panels, not only do you take part in the battle against greenhouse gases, but you protect a very precious resource in the form of fossil fuels.

Remember those greenhouse gases we talked about? Well, they have also played a major role in climate change. These gases absorb the heat from the sun and increase the temperature of our atmosphere, leading to global warming and climate change. The gases also tend to damage the ozone layer.

Solar power does not emit any dangerous elements into our atmosphere, producing 100% clean energy. This is one more reason why solar panels should be given far more significance in combating climate change.

Another useful aspect of setting up solar panels is the conservation benefit. Solar panels can easily be fitted on rooftops, saving extra consumption of land. On a much larger scale, these photovoltaic panels take up less area than a well-maintained, state-of-the-art electric plant facility.

Solar panels can be set up anywhere, from farm fields to hills, deserts, and any barren areas. They don’t have any effect on wildlife, plants and natural composition of the ground.

With countries focusing on conservation as a goal, it’s safe to say that solar panels will be much more fruitful in the long run.

Solar energy gives you independence and control over your usage. Electricity prices may vary throughout the day in the volatile market, which is why solar power has earned far more value. It protects you from the unpredictable change in utility bills and is far more cost-effective.

The energy-independent status also helps the economy grow, with millions of mini power plants around the country. Not only is it a responsible choice for any human, but it produces benefits you can reap as long as you want.

When electricity is sent out from power plants, it begins an odyssey through wiring, connections, and circuits. Sometimes, the area goes under maintenance, the cables are damaged, or the power plant cuts out for a safety check. There may even be blackouts due to storms or plant failures. In these cases, you’re left with pitch-black darkness and a refrigerator full of food that may spoil if you don’t get power back soon.

Solar electricity, on the other hand, is a reliable and easily obtainable source of power around your house, workplace or any public place. Even in the darkest of blackouts or brownouts, if you have a solar battery storage system, your home will remain fully operational.

Solar is an unlimited source of valuable power that is quickly gaining traction around the globe, and rightly so. With a large number of countries trying to shift their power sources to sustainable ones, solar energy has gained momentum as a fast-spreading network of clean electricity.

Solar Engineering Group is poised to help homeowners in making the most educated decisions regarding the installation of solar panels. Their detailed SunFacts report will take into account the details of your home and its solar potential and let you know if your investment in solar will be a wise one for the future.