The Environmental Benefits of Solar Energy 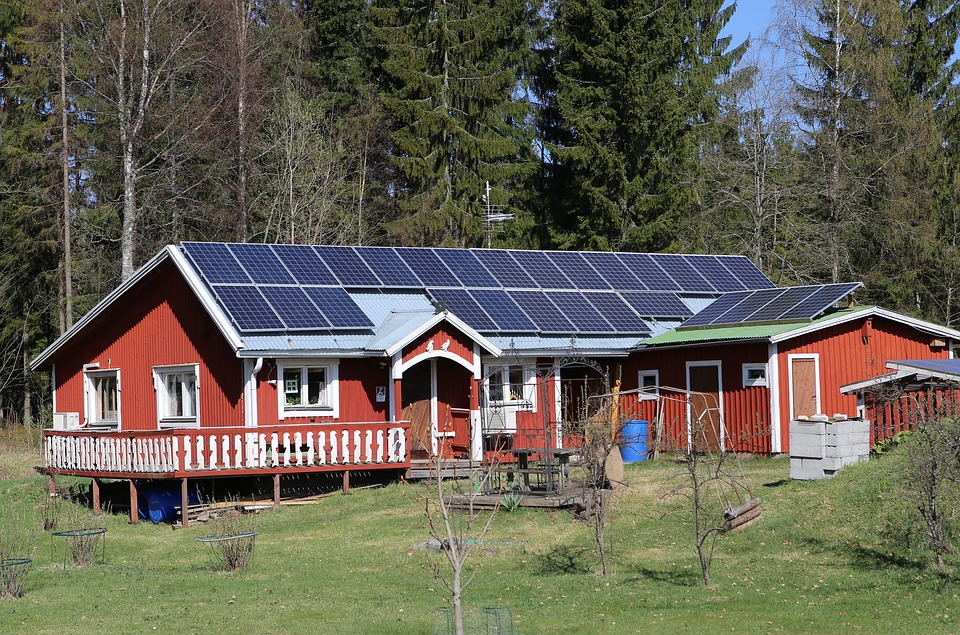 Posted at 13:35h in Solar by Solar Engineering Group

Did you know that solar installations in the U.S. now exceed 2 million and could double by 2023? The country’s solar deployments now generate enough electricity to power more than 12 million households (Source: Wood Mackenzie / Solar Energy Industries Association). Homeowners, utilities, and companies are realizing that installing solar is worth the investment, time and effort. The fact that solar is not only a cost-effective energy option but also beneficial for the environment attracts a lot of people.

While many consumers take the solar leap to save money, it’s also possible to protect the environment by reducing our reliance on fossil fuels. If you’re planning to install a solar energy system at your home or office, you can benefit the world around you in the following ways:

One of the main advantages of solar energy is that it produces very few air pollutants. According to NREL (National Renewable Energy Laboratory), widespread adoption of this energy source can drastically cut sulfur dioxide, nitrous oxides, and matter emissions (particulate), all of which are harmful to human health. The organization found that solar energy results in fewer cases of cardiovascular, respiratory, and chronic bronchitis issues, as well as fewer missed workdays related to health problems.

Petroleum refineries and natural gas power plants require large areas to accommodate their big production units. Though these vast plots may be needed to run their conventional lines, managing sufficient amounts of fossil fuel to power the local states, they eat up a lot of land in the process. Solar energy units, on the other hand, consume 20% of the land required by traditional power plants. In residential areas, consumers and businesses can place solar panels on the roofs of their buildings, taking up less space. Even commercial solar production setups take up less land than the conventional oil refinery.

Greenhouse gases, which are created from the burning of fossil fuel, contribute to climate change and increasing global temperatures. Climate change can lead to serious public health and environmental hazards, including rising sea levels, ecosystem modifications, and cases of extreme weather. By investing in solar, you can play your part in reducing the demand for fossil, lower your carbon footprint, and shrink greenhouse gas emissions. Nature Energy’s research, which measured the complete lifecycle of greenhouse gas emissions of various sources of electricity out to the year 2000, found that the carbon emissions from nuclear, wind and solar power are much lower than gas and coal with CCS (carbon capture and storage). This also stands after accounting for CO2 and other emissions during fuel supply, construction and manufacture.

The energy produced from solar and other green sources helps limit the country’s dependence on imported electricity. Solar energy can be safely and cleanly created in the U.S., opening up jobs in engineering, installation, and maintenance. Also, homes can gain freedom from rising power outages and electricity rates. Here in Utah, this is even more crucial as our crude oil imports leave us vulnerable to unstable price fluctuations in the worldwide trade of oil. With solar, the monthly expense is set. Therefore, even if electricity and oil prices rise, you can have peace of mind in knowing that yours is stable.

When it comes to water consumption, traditional electricity units are known to consume thousands of liters for processing and refining fuel, cooling generators and transporting fuels via pipes. Creating energy through solar panels, on the contrary, doesn’t consume water. In fact, solar photovoltaic cells can function without water to produce electricity, limiting the strain on this vital resource. The only water required is “rainwater” to wipe clean the panels when they become dirty. Choosing solar energy, therefore, is an easy way to save water.

Solar energy is touted as a channel of abundant, powerful energy. If there were a way to collect all the sunlight shining on the world’s population for a single hour, it would generate enough power to light up the entire globe for a year. Solar energy takes nothing away from the environment and requires no complicated mining or drilling projects to acquire – all it demands is a few tools and some equipment, and then the installation team is ready to equip your building with its own power source.

Failures in traditional electricity setups cause environmental hazards in the form of increased commute and additional consumption of water (you have to drink water when there’s no air conditioning or fan). Solar is less prone to such failure because its units can easily spread out over a large geographical boundary, so severe weather in one area won’t cut off power to an entire city. Modular units consist of several solar arrays, so even if some of the parts in the system malfunction, the rest can continue to run.

Solar energy is also beneficial during heat waves or drought. Nuclear, natural gas and coal power consume large quantities of resources for cooling. During heat waves, such as those the U.S. has experienced in recent times, electricity production is at risk. But solar energy production requires little to no resources so heat waves can become more bearable while the country’s reliance on other energy sources shrinks.

The advantages of solar installations are clear. Not only can you bring down your utility bills, but you can also reduce carbon emissions and improve the health of those in your locality. Get a detailed solar information guide today to see what other benefits you can gain by using solar. The quicker and more fully we can make the switch to sun energy, the better for both our species and the earth.